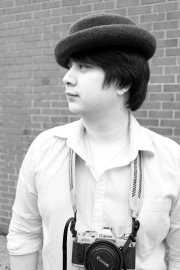 Mark Elwin took a Bachelor of Science in Computer Science from De La Salle University – Dasmariñas and has studied Digital Arts and Web Design successively at the First Academy of Computer Arts in Makati City. He has since acted as a freelance consultant in both these fields doing projects for both local and international companies and organizations.

After winning a place in the top 12 on his first ever photography contest in 2010, Mark’s interest in photography grew and has since attended various workshops and seminars held by eminent local and international photographers. He studied Professional Photography at the School of Design and Arts in De La Salle University – College of Saint Benilde in Manila.

“It seems that the more places I see and experience, the bigger I realize the world to be. The more I become aware of, the more I realize how relatively little I know of it, how many places I have still to go, how much more there is to learn. Maybe that’s enlightenment enough: to know that there is no final resting place of the mind; no moment of smug clarity. Perhaps wisdom … is realizing how small I am, and unwise, and how far I have yet to go.”
~ Anthony Bourdain

All materials, including photographs, videos and other artworks appearing on this site, unless specified otherwise, are the property of Mark Elwin. They are protected by International Copyright Laws and are not to be downloaded or reproduced in any way without the permission of the owner.

However, sharing on social media with proper credits, a link to this website and without any alteration to any of the artworks is allowed.